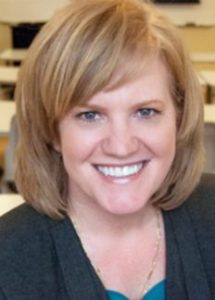 In July 2017, Fund II company Central Logic faced the triple threats of slowing growth, declining margins and rising cash burn.  As the largest shareholder, Mercato believed Central Logic required a change of CEO to drive organizational discipline and customers re-engagement.  Having recently achieved a successful exit at SportsEngine, independent board member Angie Franks was ready for her next challenge and a perfect match for the leadership needs of Central Logic.

One year into her tenure, Angie led Central Logic’s return as the expert in hospital transfer center operating systems and capitalized on this by increasing new annual contract value by nearly 300%.  Further, the Company increased its gross margin by nine points.  In addition, Central Logic rebuilt its executive team, released more new features than it had in all three prior three years, and restructured its debt.  To catalyze the Company’s continued success, not only did Mercato and the other board sitting institutional investors provide additional capital, but also Angie, each member of her new leadership team, and three independent board members all invested their own personal funds.  How could Central Logic achieve so much success in one year? Angie infused the Company with her grit and focus.

Tenacious from an Early Age

Reflecting on the genesis of her mental resilience, Angie recalled a sporting event from when she was 10 years old.  Competing in a speed skating event, Angie had fallen mid-race and skated off the ice.  Upon witnessing this, her father immediately walked over and insisted that she re-lace her skates and finish the race.  Despite experiencing the embarrassment of being the only skater on the ice, Angie permanently internalized her father’s message: face your challenges and always finish what you start.

This fortitude emboldened Angie professionally to tackle daunting roles.  In her early 20’s, Angie joined a pre-revenue healthcare start-up as its only salesperson–having never been a salesperson before.  True to her nature,  she embraced the challenge, and when she eventually left the company, it had achieved in excess of $30 million in annual revenue.  This early success coupled with her internal strength, catapulted Angie into greater leadership opportunities.  She ultimately earned her first CEO position, at the helm of Healthland, a private equity backed healthcare IT company that was acquired for $250 million.

In her initial days as CEO of Central Logic, Angie obsessively focused on the critical issue: galvanizing sales.  To accomplish this, Angie first needed to understand what lay at the core of Central Logic’s slowdown.  She spoke with customers: current, potential, amd even lost customers.  Relying on pattern recognition, Angie quickly understood that Central Logic faced an execution problem and immediately began to fix it.  She worked with the sales team to flesh out which deals in their pipeline could be won and hit the road to meet with the leadership teams of these hospitals.  During her first full quarter, Angie closed a large hospital system deal.  This pivotal win provided Central Logic with cash but perhaps more important, confidence. Enabled by Angie’s can-do mindset, the sales team rebuilt their pipeline and continued to put wins on the board.

Adopting Maslow’s Hierarchy for business, once Angie led the company to meet its basic needs of sales and cash, she next built dynamic management team.  First, Angie recruited Brian Lanier as CFO.  Brian’s prior company had recently sold to UnitedHealthcare.  He was highly sought after by both Utah tech companies and national healthcare companies.  Brian and Angie teamed to drive the budgeting process, institute key performance indicators throughout the company, and obtain much better terms from a new lender.  Next, Angie recruited Scott Booher as COO.  Scott brought nearly 30 years of software engineering leadership to Central Logic.  Scott organized Central Logic’s technical team to produce feature updates on time while also driving out unnecessary costs.  Finally, Angie added Jim Hughes as CMO.  Jim had previously worked for Angie at SportsEngine and also had over 20 years of healthcare marketing experience.  Jim teamed with promoted Sales Vice President Tim Brown to renew Central Logic’s position as a market leader.  Today, Central Logic has ~10% market share in the transfer center software segment.

Angie also added healthcare expertise to the Central Logic board with the additions of Jodi Hubler and Dr. Dennis Weaver. Jodi brings nearly 25 years of experience, having held executive positions at multinationals such as Alcoa and Cargill to board director roles at some of today’s leading healthcare technology companies.  Dr. Dennis Weaver currently serves as the Chief Clinical Officer for Oscar Health, a disruptive healthcare provider that has reached unicorn valuation status.

Now with a solid team, a growth engine fueled by transparent processes, and grit and focus entrenched in the company culture, Angie has positioned Central Logic for Act II.  Today, Central Logic is the subject matter expert for transfer center–the hub for patient movement in, through, and out of the physical hospital network.  Central Logic has become the hospital’s trusted advisor because it empowers the hospital to increase revenue by keeping all of its patient care within the hospital system.

In 2019, Central Logic will launch its Command Center platform.  As Central Logic’s transfer center software manages patient flows in the hospital network, its command center software will manage corresponding data flows.  These data flows will enable the hospital system to manage a multitude of functions across numerous hospital locations from a centralized office.  This functionality will enable hospitals both to improve revenue by optimizing the utilization of revenue generating assets while also improving the hospital cost structure by enabling a just-in-time levels of efficiency across functions ranging from telemedicine to staffing to patient transportation.

As Central Logic accelerates into what should be another impressive year of outcomes, Angie Franks has instilled her organization with the virtues of grit and focus.  She and her team continue to employ the motto of “What Should We Do” rather than simply “What Can We Do” at both strategic and tactical levels.  Teams ranging from Sales and Marketing to Engineering and Product expect exceptionalism from themselves and their teams – striving to exceed goals and beat deadlines.  As a board member and investor in Central Logic, I can expect Angie Franks and her team to race through the proverbial finish line.

Joe Kaiser is a Director at Mercato Partners

You can reach him at: jkaiser@mercatopartners.com

Redefining the Traditional Roles of Your Sales Force

Four Things to Consider Before Hiring Your First VP of Sales